US Presidential Election Gets Monies from Gambling Industry

October 22, 2012 Posted in Uncategorized by Latest Casino Bonuses • No Comments 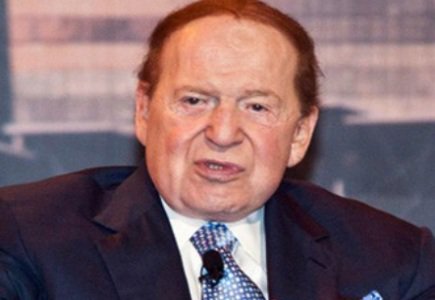 Judging by the current situation, up to $50 million in political donations for the US presidential elections could come from the American gambling industry alone, with the biggest spender being Las Vegas Sands mogul Sheldon Adelson ($34 million donated to mainly Republican action committees), whose anti-online gambling orientation is widely known.

At the moment, the gambling companies are focused on the presidential fight between incumbent Barack Obama and his Republican Party opponent, Mitt Romney, but a lot of attention was also attracted by Republican Senator Dean Heller and Democrat challenger Representative Shelley Berkley and their fight for the Senate seat in Congress in Nevada.

Unlike Adelson and his Republican orientation, other industry donations were of a more bipartisan nature – which is contrary to the past years, when they tended to go more toward the support for the Democrats.

According to political science professor Mark Peplowski, “The casinos usually cover both sides of the ticket, just to make sure. Whoever wins, they want them to remember: You supported them.”

In addition to this, some analysts assessed that casino companies are more interested in supporting the right state candidates to represent their interests in Congress, with the University of Las Vegas political science professor David Damore stating that the right congressional candidate can play a major role in the federally legalized internet poker initiative.

On the other hand, it was assessed by analyst Robert La­Fleur that the question of gambling is a state matter, with the exception of online gambling, so there is no imperative for federal involvement short of corporate tax issues. A somewhat wider approach was occupied by David Schwartz of the University of Las Vegas Gaming Research Center who added that the national economy is a key area due to its potential to adversely or positively impact the gambling and tourism business in Nevada.

He explained: “Ever since the federal government stopped trying to close the casinos down in the ‘sixties, I think they [the casino companies] just want somebody in there who&s going to help foster a strong economy. … They&re just basically backing who they think is going to be best in that job.”

Finally, taking a look at the differences between Republican and Democrat supporters& wishes, one can note they become fewer when it comes to tourism and the legalization of online poker, which once again explains the almost equal division of funds donated to the two wings.