August 6, 2012 Posted in Uncategorized by Latest Casino Bonuses • No Comments 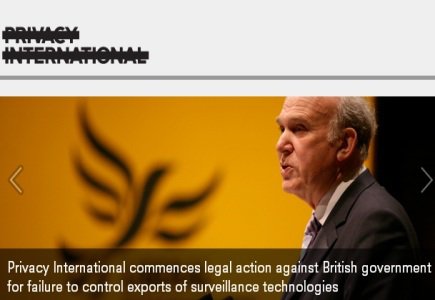 According to an extensive research done by Simon Davies, founder of Privacy International, the level of protection of gamblers& privacy can hardly be called adequate and many venues fail to comply with some basic principles of data protection.

His research took two years and resulted in the finding of what he referred to as “malpractice” which is very widespread in the industry and to the biggest extent he has ever seen in any licensed industry.

Most of the time, the companies use as an excuse the more relaxed laws applied by offshore tax havens, including Gibraltar, Malta, Jersey, the Isle of Man, Antigua and Barbuda, and Guernsey, which are not nearly as stringent as European Union standards.

Revealing his research results, Davies specified: “This flourishing economic sector swims in an ocean of institutional illegality that places tens of millions of its customers at risk.

“There is a handful of online operators who, to some extent, make an effort at fairness and compliance. There are also examples of regulators who have attempted to do their job. By and large, though, the online gambling industry operates its personal information practices in lawless territory.

“The rights and protections that we should enjoy are being flouted by an industry that uses its unique economic positioning to confound regulators and induce small jurisdictions into submission,” Davies opined.

The biggest issue that he perceives with data protection in this massive industry is that users who sign up to online gambling sites need to leave them loads of sensitive data. “It is routine for sites to demand passport and credit card scans, drivers’ licences, utility bills and other personal documents. All the available evidence indicates that this information is stored permanently,” he noted.

What&s more, when you want to close an account and have all the data deleted, the companies do not comply with such requests, which is in conflict with the third and fifth principles of the Data Protection Act. The reason for this is that they prefer storing the data in case the gambler returns.

Referring to this type of issues, Davies claimed: “It is extremely difficult to close an online gambling account and, in my experience, impossible to have your data deleted.”

This hot issue does not seem to get adequate attention, though. Davies pointed out that when he filed a complaint with the Information Commissioner’s Office (ICO) in the UK, the file was closed after three months with the office stating that the matter is not important and that the complaint does not warrant further action.